1. What is the Proposed Project? 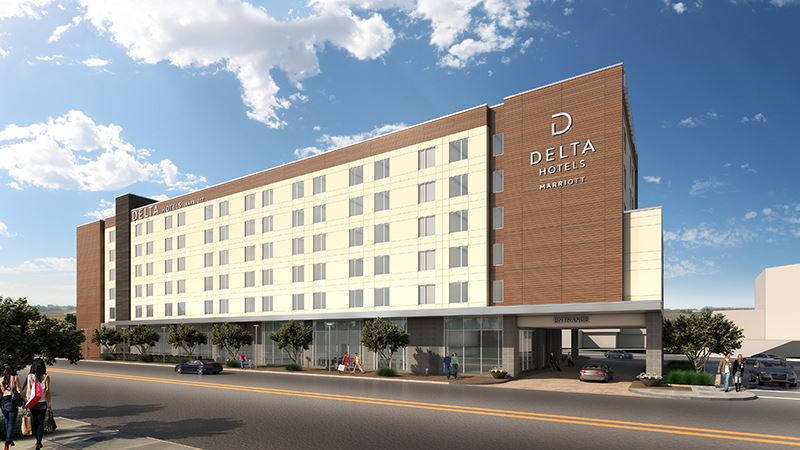 3. Why is the Project Needed?

At present, the city is unable to compete for numerous larger conventions that require a full-service hotel in the vicinity of the meeting space where the conventions are held. This situation puts the city at an extreme disadvantage when recruiting conventions and erodes revenue to the MPEC operation, ultimately costing the taxpayers additional money. Market studies that were prepared by professional hotel marketing analysts indicate that there are enough lost convention opportunities to fully support a full-service convention style hotel and conference center if located on the grounds of the MPEC facilities. Currently, there are no operational full-service hotels anywhere in Wichita Falls.

4. Who will own and operate the Hotel?

O'Reilly Hospitality Management, LLC, who is a national hotel/resort development firm will be the owner of the hotel and also oversee the day-to-day operations and management.

5. Who will own the Conference Center/Ballroom Space?

The city of Wichita Falls will be the owner of the Conference Center/Ballroom Space, which will also be managed by O'Reilly Hospitality Management, LLC.

6. How will the Construction Cost of the Hotel Project be Financed?

O'Reilly Hospitality Management, LLC will privately finance approximately 94% of the cost of the hotel with "No Guarantee" of the city of Wichita Falls. The 4B Sales Tax Corporation will contribute $2 million in a forgivable loan. The city of Wichita Falls will donate land, waive building permit fees, and rebate property taxes and sales taxes that are paid by O'Reilly during the construction.

7. How will the Construction Cost of the Ballroom/Conference Center Space be Financed?

The city of Wichita Falls will borrow approximately $13 million in 20-year tax exempt certificates of obligation and the 4B Sales Tax Corporation will pay the annual debt service. The 4B Corporation will be retiring some outstanding debt in the 2018-19 fiscal year which will lower their annual debt service. That reduction in debt service obligations will help offset the additional debt service for the conference center parking spaces. However, the City has plans to utilize other city-owned property in the immediate vicinity of the MPEC to replace this parking space.

8. Why are 4B sales tax dollars being used to finance this project?

The 4B Sales Tax Corporation was established in 1997 by a vote of the public to encourage economic development through projects that improve the quality of life in Wichita Falls. This project is eligible for 4B sales tax funding because the Hotel/Conference Center project include facilities that improve the tourism and convention industry and create jobs for the community. This sales tax already exists and its annual revenue will be used to finance this project. As a result, the taxpayers of this community will not be required to pay additional taxes to build these facilities.


9. What is the estimated economic impact of the project?

CBRE Consultants, who specialize in hotel market feasibility and econometric studies, has estimated the impact to the local economy to be $74 million over a ten-year period. Nearly $46 million of this impact will be felt during the 16-month construction period in the form of 232 construction jobs and related materials purchased. After opening, it is expected that the remaining $28 million economic impact of the hotel will be realized during the first ten years of operations with the creation of 72 jobs and the purchase of supplies and materials to operate the hotel. This does not include any additional economic impacts that are expected due to additional conventions that will be brought to Wichita Falls when these facilities are completed.


10. Why would the city consider financially incentivizing this hotel as opposed to other hotels?

The city views this Hotel/Conference Center as an extension of the MPEC facilities in that this hotel directly impacts the city’s ability to attract larger conventions to the MPEC facilities. Without this full-service hotel, more taxpayer money will be needed to subsidize operations at MPEC due to lost convention opportunities. It is also located in the downtown Central Business District, which should have a direct impact on the revitalization of downtown. Downtown revitalization is a goal of both the City and the 4B Sales Tax Corporation.


11. Will the business of other hotels in the community be adversely impacted due to this hotel?

To the contrary, all market study indicators suggest that this full-service hotel will provide more hotel nights at existing hotels as larger conventions are attracted to the community. This Delta by Marriott will only offer 150 to 200 rooms, causing convention attendees to book rooms in other limited-service hotels. Additionally, all local and non-local hotel owners/developers had an opportunity to submit a proposal for a similar hotel and chose not to participate.

Why does the city believe the Delta by Marriott will thrive when two full-service hotels in the downtown area were not able to remain financially solvent?

Marriott International is the largest hotel company in the world and has a great reputation for the long term success of their facilities. The project will include a requirement of 4% of annual operating costs to be deposited into a reserve account for future building repairs. The improved location on the grounds at MPEC will enhance the city’s ability to generate convention business for the hotel. The prior full-service hotels that were in downtown Wichita Falls were either located in a flood plain, difficult to access, or were three blocks from our convention facilities. These two hotels were very nice originally, but began to decline when they lost their competitive position to other cities that built true convention hotels. That is why it is so critical for our new hotel to be a true extension of MPEC and in the immediate vicinity. Otherwise, we really won't gain much competitive position and would not get the Marriott or a nicer full service brand to consider Wichita Falls. Finally, the prior two competing full-service hotels had trouble supporting the size of both of their facilities. This Delta by Marriott will only consist of 150 to 200 rooms and should be easily supported financially at 65-70% occupancy rates.

The first professionally prepared market study showed a need for 16,000 sq. ft. of meeting space (14,500 ballroom and 1,500 junior meeting rooms). The second study reduced that to 12,070 sq. ft. (10,570 ballroom and 1,500 junior meeting rooms). This large ballroom will seat about 600 guests in a banquet style set up. The Delta by Marriott or other "full-service" hotels would not consider the Wichita Falls market without a ballroom. Once the full-service hotel is constructed, we expect there to be a need for large banquets at times when the MPEC banquet space is being consumed by other events like Hotter N Hell Hundred, Ranch Roundup, Gun and Knife Shows, Home and Garden Show, Heart of a Women, Sheppard Military Affairs banquets, Christmas Magic, and the T-O Fair, just to name a few.


14. How will parking at the MPEC be affected by this hotel?

The city has plans to utilize other city-owned property in the immediate vicinity of the MPEC to replace any parking that is lost due to the hotel.